The lead champion producer of League of Legends, Ryan Mireles, and the senior editorial author Erika Haas have fallen today the latest Champion Roadmap for the successful Moba game. With indications of the next champions of League and updates on current champions, which either just learn large changes or to get big changes, it is just in (and beyond) in Runeterra is busy.

Before we deal with the details of the coming residents of Runeterra, the developers from the previous roadmap repeat that Riot will "slow down" champion production. This is to ensure that all future additions will receive the time and care that you deserve to be completely completed. The first of these champions will be a new skirmisher from the jungle that carries the coat of the "Empress" in the emptiness.

Just as it sounds, Champions, who "subjugate", will, in a way, part of their equipment and enable them to cause additional damage to buildings - although this is only our reading. It could also be Riot kind, the mechanics of the Zz'Rot portal - even an object that is rooted in the emptiness - to introduce back to the game on a healthier way.

In addition, the developers say, "If they succumb to them, they also witness their true elegance, their true beauty and the true face of emptiness," maybe an indication of a kind of special appearance, if they bow to the Empress. We are also curious if there are thematic similarities between this new champion and Reyna - the Empress from Riots Tactical FPS game Valorant.

On the run from the jungle and on the way down to Oyster Bill's Oyster Shack, the developers tell the story of a "colorful, but deadly stranger", who visited Runeterra from beyond the sea and left the hut after a pub battle with some in a destroyed condition Rüpelhein Noxians. All we get from this teaser is a bit of fog and "the sound of splashing water", although we definitely could see that a kind of Fata Morgana playing takes place here.

Speaking of Champion Updates: One of the most popular, but least used champions of League, Aurelion Sol, finally gets special attention he deserves.

The Epic Star Display Receives Leagues First Comprehensive Gameplay Update (CGU), a new update category that aims to "update the gameplay for two types of champions: those who have high quality art and narrative whose gameplay but just not Certainly, you can convince your fantasies or champions with more complicated gameplay problems that can not be solved by changing one or two skills. "

According to the studio, Aurelion Sol will be underlining his dragon fantasy through this new kit, with an updated version of the starschmiede element of its gameplay, which will be "to play both spectacular as well as being more intuitive". Riot currently strives for the CGU "a time at the end of the year", so your time comes out for the six or so sol-mains out there.

In the Visual and Gameplay updates department, there are new news about Udyr and Skarner. According to Riot, the base udyr is finished and the team is currently working hard on its skins - especially Spirit Guard - look particularly crispy. The studio promises that the ultimate skin of the Freljordian will "perpetuate" pre-VGU ghost shapes (bear, phoenix, tiger and turtle), "while they turn them up to 11".

The last cutout of the goodness, the Riot shared this time, is a future fresh view of Skarner. The bracken boy is expected to be the recipient of the next VGU after winning the last round of electorate. The senior concept artist Larry "Bravoray" Ray has presented some top-class sketches in the run-up to the official start of the update process, which present a potentially sharp champion, when we know Skarner currently. 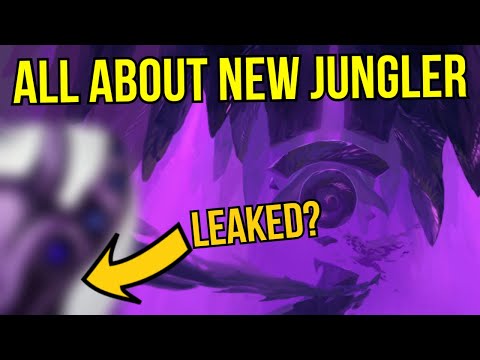 Before it leaves us to digest all these exciting news, the studio sketches the scope of his next roadmap, in which Mireles "The Pride of Nazumah is covered, a new high-skill top lane tank from a region of Shurima, the Never had never been seen. "Unnecessary to say that we are fascinated by what Riot promises.