Voices to Eintracht Frankfurt, FC Bayern and Co.: I take 100 percent on my cap

FC Bayern wins in Bielefeld, RB Leipzig brings important points in the fight for the Champions League and Eintracht Frankfurt go out the grains. These are the votes for the 30th Bundesliga game day:

Gerardo Seoane (Trainer Bayer Leverkusen): "Both teams have neutralized with and without ball. Of course we have presented ourselves differently, it was not all perfect. But I can not make the team a reproach."

Domenico Tedesco (Trainer RB Leipzig): "We had expected Leverkusen in another system. They stood more compact and deeper. In the second round, the boys have done well. It was important to be out of the counterpressing and own Ball possession had. "

Urs Fischer (Trainer Union Berlin): "That was a great first half of us, the team did it very well. She has stressed the opponent again and again. In the second half we were too passive, there were We run behind the ball, that costs power. That was not the way we have planned, we will address that too. "

Oliver Glasner (Trainer Eintracht Frankfurt): "It was clear today that we were physically and mentally unable to retrieve our best performance. I take 100 percent on my cap. It's me Not successful, after the last few weeks and what happened here, to prepare the guys so that we achieve this state today. The players have tried everything again and given everything after the residue. In the second half we are always scanned But we are hard to find spaces and play clear scoring chances. "

Sebastian Hoeneß (coach TSG Hoffenheim): "That's too little. We are very disappointed about the result. We miss a bit far the conviction. In such a game you have to force a goal."

Stefan Leitl (coach Spvgg Greuther Fürth): "I'm not dissatisfied. Overall, it was a good performance in the defensive of my team. We acted at eye level." We do not take the point indiscriminately. "

Frank Kramer (coach Arminia Bielefeld): "There were some tight situations. If we want to get the chance to get something, then such situations have to run for us. The team did not let go of it. We want to get and should score points at the next game in Cologne. The results this weekend did not go for us. "

Julian Nagelsmann (coach FC Bayern Munich): "We had a very good 20 minutes to start. Unfortunately it was only 1: 0. That's why the opponent believed again. We lost a little bit of the structure. Overall But it's a deserved victory. We are pleased that we now have this matchball game against Dortmund. " 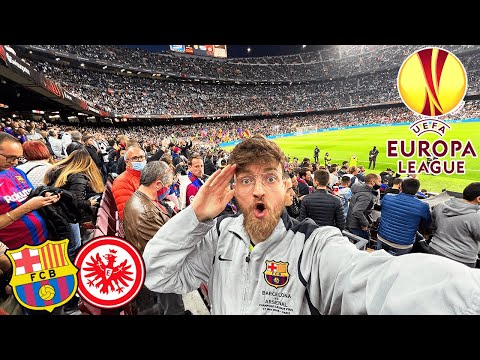 ... to the game: "We were actually quite well received. But at the first goal shot we just leave the way. You just have to apologize for our performance at the fans and the spectators. We wanted to tackle it very differently and the opponent Put pressure and that did not succeed. Today we could have done so much again, but we did not manage to take the momentum. "

... to the mistakes: "Just as we played against Cologne is not what I want. I want to see attractive and inspiring football. It is inexplicable because we have also shown that, but this performance is also hard to explain. In the first minutes we let ourselves take the butter from the bread and that just does not work. "

To the performance of his team: "The boys have made a very, very good game. We look forward to the deserved victory. Not the derby victory alone gives us a push, but also the realization that we have managed to play very good football, We take this as a nice snapshot. The boys play well all season, now we hope that they also managed the last four game days. "

... to cheers with the fans: "We did not happen to us often that you win the two derbies, and as we won them, and then it's good that you are also a coach to the fans as a coach 'There are enough situations, you do not want to go there. At the moment it's nice to go to the Cologne curve. In football you should enjoy what you can. And today we can do that. "

... to his giving cap: "It's interesting that it's a Gladbach fan, at least I had the feeling. We have briefly agreed and you have not always guys behind you as a coach, but they are very fair. But It was good against Gladbach and that's why I have given him a sign. I hope he likes to accept her. "

... to celebrate the Cologne: "It hurts to look there."

... to criticize the fans: "Of course it hurts, but that belongs because we are gaining and losing together. I have to be honest that I have felt in the cabin that it burns right here - and how we in the Founding, I thought, too, but then we simply get concedes where the opponent does not have to do anything. That's a lot too easy. Refracted there was little there. We have, I think more goals on goal, but that Is there only a Tralala by the way. We have made a lot, but we did not get it implemented.

... to the gameplay: "The game is not the game after the first goal. I have a huge chance to 2: 1, and when we turn the goal, then everyone knows that here is a jolt again. But as I said, offensive Have we put everything aside. But we get the gates too easy, the opponent does not have to do anything for the gate. And that's just not in the Bundesliga. That punishes every team. "

... for the cheers of Baumgart among the fans: "I think he was already, but usually he does not do that. But of course, I am also happy for him, that he has earned himself."

... to the flanks: "I think the wing game turns out our game the whole season. We have with modests and Anderssson super penalties inside and you also see how many goals modests already did - also by head - Faith It abandons us that we can get along well and come across the wing. It worked great again. We train the whole week over and when such a variety is going on, the more. "

... about statistics: "Of course I am pleased that I have made a gate, but today it was important that we win the game as a team. We were hot all week and have a long analysis of the last time at the beginning of the week Game, which we have won, but not so did we have introduced ourselves and accordingly we have trained well the whole week. "

... to the atmosphere: "great. With so many fans away, there is a lot of fun. We have not had a long time that the stages were full. Corona was another atmosphere. And now we are of course happy that we are happy Our fans are again abroad and our home games are always madness anyway. Of course, I am happy for the fans that they can now join in such a season, because the last season was not easy. "

... to the destination Europe: "We will attack and have now taken the first step. We have set ourselves a new goal, and are motivated. We still have interesting games and look what comes out."

Bo Svensson (Trainer FSV Mainz 05): "It was not a good game of us in the first half. It was missing much of what is normally important to us. The second half was better. During the second half We also play out good scoring chances. The draw is justice. "

Pellegrino Matarazzo (Trainer VFB Stuttgart): "We have seen a fair draw. It was a chance-poor first half, in which both teams have neutralized. We had a good start to the second half. After that we have a heavy To play out chances. The bottom line is a deserved point. "

Markus Weinzierl (coach FC Augsburg): "Of course we are disappointed, that was unnecessary defeat and a typical 0: 0 game. Hertha took us the rhythm through many two-fighting, we did not succeed us against us To work out the compact defensive scoring chances. We were today the unfortunate team, a very bitter defeat. "

Felix Magath (Trainer Hertha BSC): "I can only thank my colleagues, the fitness trainers and fans who have supported us here. That was 90 minutes of fighting and the victory vibrant. In the last half hour We were only under pressure and have brought it to the stage with fight and happiness. It was not an uneven victory, but an important and happier. "

Marco Rose (Trainer Borussia Dortmund): "We played very dominant, were handy, playful, and we have shot beautiful gates. The gate of Tom Rothe also fits the day. Overall, we have the fans a nice baresam day Gorge. "

Florian Kohfeldt (coach VFL Wolfsburg): "There is not much to say. In the first half it was a desolate performance in all matters that requires a football game. These corrugators have to end. It was a very poor appearance of us."

Christian Streich (coach SC Freiburg): "Today we were a lot better than most recently in Frankfurt. We were very awake in the crucial situations. We made a great game."

Thomas Rice (coach VFL Bochum): "We were completely unsuccessful in all matters. We could not behave in any phase of the game. We were completely inferior. We made simple mistakes. In the center we did not feel combustion. "