What is the release date of the "prehistoric kingdom"?

Prehistoric Kingdom - Magnat Dinosaur Zoo, developed by Blue Meridian. It is very similar to Jurassic World Evolution, but is open to many other breeds and types of dinosaurs, such as saber-toothed tigers and mammoths.

When "Prehistoric Kingdom" will be released in early access?

The prehistoric kingdom will be released in early access to Steam on April 27 , 2022 . You can no longer pre-order the game, so you will need to add it to your wish list and buy when it becomes available for early access.

The game is in development since 2014, and it looks much better and intricate than Jurassic World Evolution. Anyone who participates in early access will be able to play Challenge and Sandbox modes. 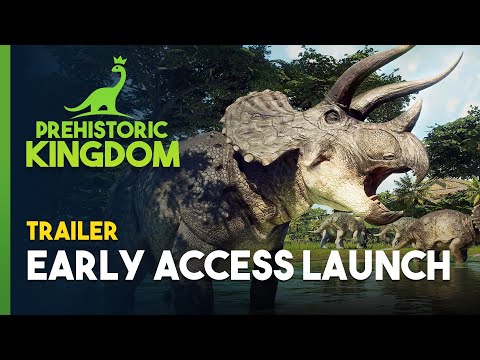 In the game, players manage the extinct zoo, which contains animals, extinct millions of years ago. As in the Jurassic World Evolution, players must create safe enclosures and allow visitors to observe animals in action. Keep in mind that it is early access, so expect some errors that over time in the game will be more.