Almost 1.6 million viewers followed the 3-2 victory of FC Schalke 04 against FC St. Pauli, including subsequent promotion, on television. On average, 970,000 spectators saw the broadcast of the top game of the 2nd Bundesliga at "Sport1", as the Free TV station announced on Sunday. Another 600,000 people followed the catch-up (3-2 after 0: 2) on the Pay TV channel "Sky". For both channels, these are the top values of the season. 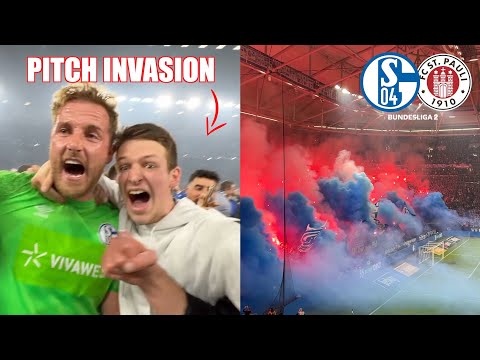 Also read: Several injuries to Schalke climbing storm at a base storm