It was a demonstration of power by the Spanish eSport organization that was performed at the TOTS Cup at the weekend. Matias 'Matiasbonanno99' Bonanno and Alejandro 'H1dalgo' Hidalgo marched undefeated in 2VS2 after overall results, they only received a single single defeat.

Team Heretics prevailed against Timbers eSports at the start of the group phase with 3: 2, then 'H1dalgo' and 'Matiasbonanno99' had to go to the penalty shootout against Krü Efports. There they defeated the Argentinians 4: 3, the move into the finals was made - five successes were still missing.

also fnatic and mkers too weak 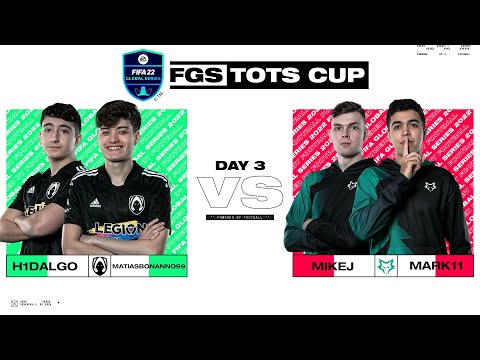 Case eSports was beaten 3-2, Dux Gaming also had to give up Team Heretics with a result. The ticket to the FIFAE Club World Cup 2022 in the semi -finals and finals of the Upper Brackets were undoubtedly able to earn themselves.

First, the tournament favorites Donovan 'Tekkz' Hunt and Diogo 'Diogo' Mendes from Fnatic were cleared 3-2, after which the two Swedes Oliver 'Oliboli' Uttgren and Mattias 'Optolle' Tolinsson by Mkers (0: 2) Spread the sail against the trumpeting Spanish organization.

Meanwhile, the Australians from the Dire Wolves with Mark 'Mark11' Zakhary and Mike 'Mikej' Jameson had fought from the Lower Bracket. They had previously emerged against Fnatic (6: 4) and Guild Esports (2: 1) around the German Niklas 'Nraseck' Raseck.

In the duel with Team Heretics, however, they were largely without a chance: 'Matiasbonanno99' beat 'Mikej' at the start with 2: 1, 'H1dalgo' left no real doubts in the 2-0 against 'Mark11'. The cheers of the Tot Cup win were loudly heard in the London hall after the final final whistle.

"We had belief in ourselves"

"I can hardly believe it, we got here without much preparation," said Bonanno afterwards. Nevertheless, they were "with the aim of winning. We had the belief in ourselves". Like the final opponents of the Dire Wolves, Team Heretics moves directly into the FIFAE Club World Cup.

The only German duo among the TOTS Cup participants was Dylan 'Dullenmike' Neuhausen and Kai 'Hensoo' Hense from the Swiss Organization Neo. In the fourth round of the Lower Brackets, Dux Gaming was superior to the penalty shootout, the two managers came under the top 8.

'Dullenmike' The bottom line is satisfied

"Unfortunately, we lost a short game in the penalty shootout," wrote 'Dullenmike' after the bitter departure on Twitter. "Nevertheless, I'm happy about the top 8 and am very proud of what we have achieved today." A German team had not been represented at the TOTS Cup.

Labels: power by the Spanish